Any time there's an engine or motor involved, you can typically find a few belts and/or chains. Just like your car or truck, your power cleaning equipment are subject to replacing these wear-items periodically. Scrubbers typically have belts in the scrub deck, depending on which type you have. Smaller sweepers tend to do the same. Large sweepers that have standard Kubota, GM, or Mitsubishi engines naturally have belts keeping those engines functioning properly. Then there's the big'ns. Street Sweepers, Vac Trucks, Hydro Excavators, etc. all have a slew of motors, engines, pumps, and pulleys that make use of belts or chains in some fashion. No matter the type of machine you have, we have all your belt & chain needs covered!

There are a couple different types of belts you'll come across in the Power Cleaning Equipment industry. They all are designed specifically for their application but all share some commonalities between each. Here, you'll see the different types of belts you can get for your equipment. Everything from engine belts, scrub deck & sweeper assembly belts, chains for your mechanical street sweepers, and more! 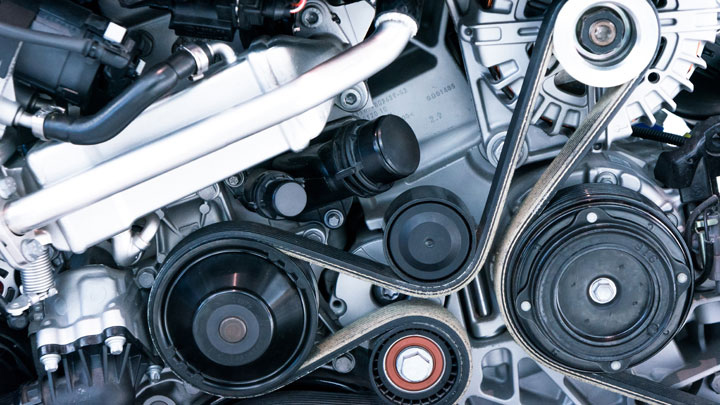 First up is your standard serpentine belt. This is probably one of the most common belt these days and more than likely, you'll find it used in your equipment that has an internal combustion engine (gas/diesel/LP). This belt weaves through multiple accessories such as the crank pulley, one or two idler pulleys, and a tensioner. These belts are easy enough to get to and replace, but once this sucker breaks, you're pretty much stuck with a thousand pound paper weight since this runs everything from your power steering to your alternator. You can tell when these need to be replaced if they start to look heavily cracked or if the grooves become too shallow. These should be checked periodically and you can pick up an inexpensive belt-wear gauge if you want to be super sure your belt is good to go. That way you can pretty easily make this a part of your daily checks on key maintenance points on your machine. 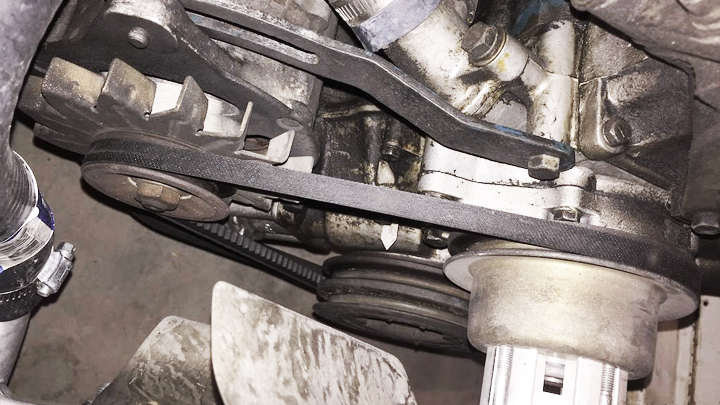 Drive belts aren't quite as common but you may still have some of these in your machines. There's usually several of these belts in an engine compartment. Each attaches to one or two accessories (usually not more than that) on the machine so if only one snaps, you more than likely will still be able to move the machine about, though you'll probably notice some of your features aren't working or weird behaviors occurring while operating the equipment. As before, you can tell when they need replaced when they look cracked or if they squeal. Be sure these are well maintained as you'll start to notice a lot of weird things happening if that's not addressed. A loose belt that's managing the alternator could cause that not to function properly, leading to a dead battery. These belts take a bit more effort to change due to how many they are and getting the right tension in the belt. 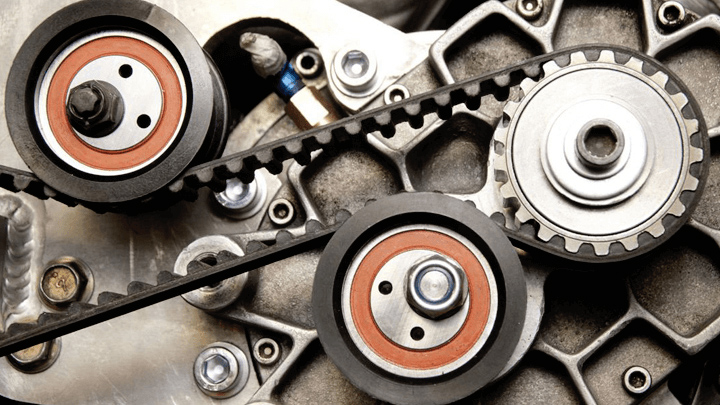 Timing belts are used in interference engines (i.e. engines with a lot of small moving parts) where if they're even a little bit off time, those small components will run into each other. The belt is connected to the camshaft and crankshaft. You can't see this belt as it's typically covered by a timing cover. You absolutely must check this periodically. If neglected, the belt could snap and lead to very expensive repairs. It's ideal to at least check this belt in the beginning and at the end of the summer and winter seasons when the temperatures change drastically.